Traditional Graffiti‘ is the exciting roots music band that has evolved out of Australia’s ever-popular gang of ex-pats, ‘The Wheeze & Suck Band‘. Ian ‘The Pump’ .

Traditional Graffiti (aka ‘The Trads’) has risen, phoenix-like, out of the ashes of the Wheeze & Suck Band. The band members are:-

We play a mix of English traditional and contemporary folk music and American roots / blues music, including a number of self-penned compositions.

Graffiti is writing or drawings made on a wall or other surface, usually without permission and … Bands such as Black Flag and Crass (and their followers) widely stenciled their … Since the 1990s with the rise of Street Art, a growing number of artists are switching to non-permanent paints and non-traditional forms of painting.

During this concert the Folk Club is proud to be able to presents “Tripple Effect” with the prestigious 2020 Alistair Hulett Songs for Social Justice Award,  for their song “Straight from the Heart”.  The award was to have been presented at the National Folk Festival in Canberra, in April but the the Festival was cancelled.

Tripple Effect is an acoustic folk trio comprising guitars, ukuleles, banjo, bodhran, recorder and vocals. Sisters Carrie and Lynden Jacobi come together with Len McCarthy to sing original songs that drive at social and environmental issues facing us today, as well as some songs that speak to the heart.
All three members have come from backgrounds of social, environmental and political activism, and sing songs that have been informed by those experiences. From ‘Saving the Franklin’ to current issues of refugees and the environment, Tripple Effect explore a wide range of themes in their original songs, as well as looking at the lighter side of life. 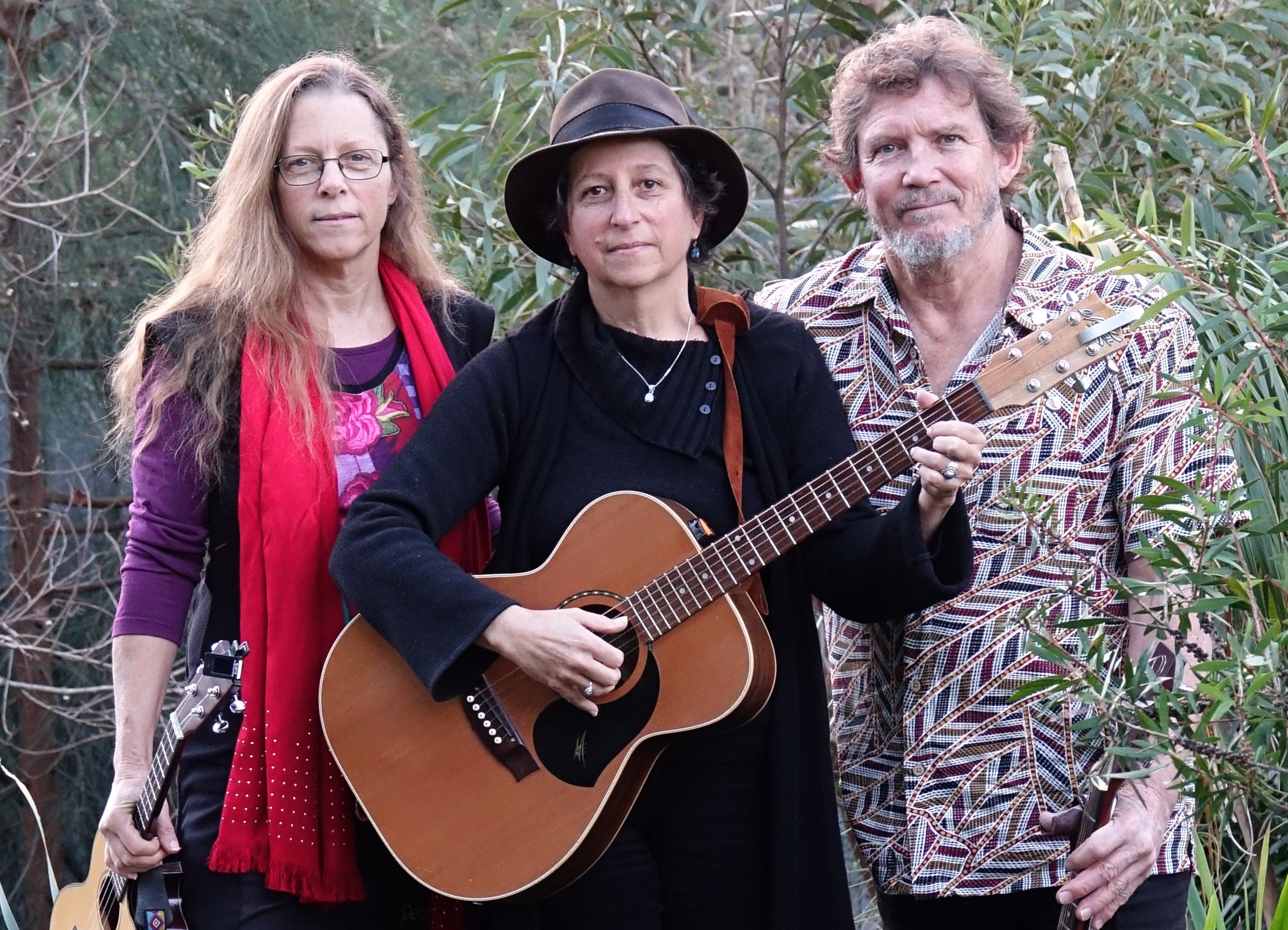